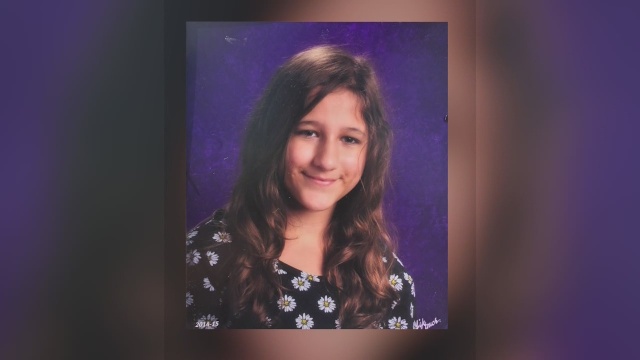 PLEASANT HILL, Iowa April 30, 2015—The mother of a 12-year-old Southeast Polk student who committed suicide told KCCI that her daughter was bullied at school. “How many lives does it take before you guys step up and do something about this?” Morgan said.

Alyssa Morgan’s mother contacted KCCI saying that her story needed to be told. Alyssa was a seventh-grader at Southeast Polk Junior High School.

Nicole Morgan said her daughter didn’t feel like she was worthy after she was constantly bullied by her peers.

A vigil is planned at 7 p.m. Sunday at Gray’s Lake Park in Des Moines.

She said her daughter faced anguish every day that she went to school.

“I got to the point where you know, she wasn’t happy anymore and she was self-harming herself,” said Morgan.

MOTHER: SHE WAS BULLIED:

Morgan said Alyssa was bullied for being openly bisexual.

“When you have other people telling you that you’re not worthy of anything or that being bisexual is wrong or somehow disgusting, you know, they’re going to take that into thought, you know, that maybe I wasn’t right for this world,” said Morgan.

Morgan said her daughter took her own life earlier this month.

“I am the one who found my daughter and the image haunts me every day,” said Morgan.

“It was really hard. I like cried for a week straight like every single night,” said Bradley Thompson, Alyssa Morgan’s friend.

Morgan told KCCI that Southeast Polk Schools officials were told about the bullying. She said they did nothing about it.

“My son will be in the sixth grade next year where this all started for my daughter and I do not even want to send him there, because I am worried that my son will be made fun of and one child is too many,” Morgan said.

Sheryl Moore lost her son A.J. Betts to suicide about two years ago. Betts was an openly gay student at Southeast Polk High.

Moore said she’s fed up with how the district addresses complaints about bullying.

“How many lives does it take before you guys step up and do something about this?” Morgan said.

Moore said she was told Betts was the 14th suicide at Southeast Polk in 10 years, making Alyssa Morgan the 15th in 12 years.

District officials did not comment on the bullying issues, but instead sent us a statement about the suicide: “Our deepest sympathy and support go out to the family, as we continue to respond appropriately and thoughtfully to their needs, the needs of our students who have lost a classmate, and the needs of our staff members.”

Southeast Polk Community School District Associate Principal Nathan Ballagh told KCCI in a statement that “over the last four years our students and staff have stepped up our bullying prevention efforts. A lot of our efforts are led by our students who provide us (school officials) insight to what bullying looks like in our school and community and what we can do to help prevent bullying. Our students have really been the driving force and have taken ownership in preventing bullying in our schools.”