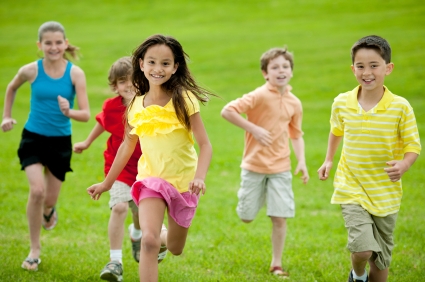 Have you ever played on a team with somebody who hated to lose? Or maybe you have a tough time if you lose anything — even a game of tic-tac-toe.

Some kids find it extra-hard to lose, but everyone needs to learn how to do it. Learning to lose without losing your cool is a skill, like learning to ride a bike. You might not be able to do it at first, but over time it will get easier. And when you can handle losing, people will call you a good sport.

Why Learn to Lose Gracefully?

Everyone wants to win. But any time two teams or kids are facing each other in a game or contest, someone will lose (unless it’s a tie). Kids lose in small ways, like in a game of checkers, but they also might face losing in bigger ways, like when their team loses a championship game.

Losing is disappointing, so it’s not surprising that kids don’t like it. Adults don’t like it either, but everyone can learn to control how they react to a loss. In other words, what should you do when you lose?

The tricky part is that sometimes you might react before you even realize it. For instance, it’s the last out of your Little League game and, in a flash, the other team has won. There they are celebrating on the field and you burst into tears. Oh dear, you probably don’t want to be crying right now, even though it’s OK that you feel sad.

The important thing is what you do next. Do you storm over to the other team’s dugout and accuse them of cheating? No! The best thing to do is to try to collect yourself and get in line with your teammates so you can congratulate the other team. Maybe you’ve seen Little League players do this. Each team lines up and they walk along sort of high-fiving the other team’s players and saying “good game.”

To be sure, the losing team may not feel like it was such a good game, but this tradition is one way to teach everyone how to be a good sport. If you feel like crying later or you want to complain about the game, you can do that — but it’s best to do it off the field and after you’ve had a chance to cool down. After a little time passes, you might not feel as upset as you were right when the game ended.

Losing — On Your Own

Sometimes kids lose on their own, like in a neighborhood game of basketball. These situations can be extra-hard if there are no grownups around to be the referees. Then it’s up to kids to decide among themselves whether something counted as a basket or a foul. It’s good for kids to learn to play without a grownup deciding everything but it also can lead to a lot of arguing. All kids want their team to win and may feel very strongly about plays that don’t go the team’s way.

How do you solve these disagreements? It’s best if everyone tries to be fair. Some kids still might cheat or bend the rules, but you can do your best to be fair. That might mean giving the other team the benefit of the doubt. Maybe you thought a basket shouldn’t count and the other team thinks it’s OK. If it’s close, you might say, “OK, it can count.” Hopefully, the other team will be just as sportsmanlike when one of your calls could go either way. Even if they’re not, you certainly can’t be accused of cheating or playing unfairly. You’ve done your part to bring good sportsmanship to the game.

Kids who are good sports — and don’t freak out when they lose — will become known as kids who are fun to play with. Kids might not be as eager to play with someone who gets angry all the time and won’t ever give the other guy or girl a break.

Here are some ways that you can show others what good sportsmanship is all about:

Professional entertainer and educator Cara Zara has performed at festivals, events, libraries, charity functions, and summer camps throughout the Southeast and has interacted with over 250,000 children. She has been teaching her popular programs since 2011 and has taught at over 200 private and public schools throughout Charlotte-Mecklenburg and surrounding counties. She loves inspiring children to learn and be physically active through fun movement and laughter. View more posts